Welcome to my new look website! There aren’t too many changes, the odd tweak in the layout, but I’m delighted to say that all the problems are now sorted and thanks to the lovely Richard at BambraBland we are back in business. Do stay awhile, have a look around and make yourself comfortable. 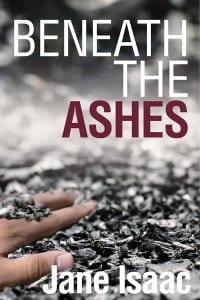 This past week has seen the re-release of my debut novel, An Unfamiliar Murder. I’ve been both thrilled and overwhelmed with the lovely response from readers and reviewers. It’s a great feeling to have my first born out there again! One of the nicest things about this, my first attempt at self-publishing, was all the friends, both online and locally, who have rallied around to help and support the release. Reviewers have worked through early copies and posted their thoughts, friends have shared on Facebook and Twitter, writerly friends have guided me through the complicated process of uploading my book to Amazon, and bloggers have been rocks of support, sharing guest posts when my website was down to spread the word. I’m hugely grateful and indebted to you all.

On a different note, some of you may have noticed the book cover above.  Yes, my new title, Beneath The Ashes, has a cover! It seems rather surreal sharing it so soon after re-publishing An Unfamiliar Murder, but with the new site it seemed like the right time. Do let me know what you think!

Beneath The Ashes, the second in the DI Will Jackman series, will be released by Legend Press on 1st November 2016. Here’s a little taster blurb:

The floor felt hard beneath her face. Nancy opened her eyes. Blinked several times. A pain seared through her head. She could feel fluid. No. She was lying in fluid.

When a body is discovered in a burnt-out barn in the Warwickshire countryside, DI Will Jackman is called to investigate.

Nancy Farraday wakes up on the kitchen floor. The house had been broken into and her boyfriend is missing. As the case unravels, DI Jackman realises that nothing is quite as it appears and everyone, it seems, has a secret.

Can he discover the truth behind the body in the fire, and track down the killer before Nancy becomes the next victim?

On Monday I will be sharing a guest post from Linda Huber about her new book, Chosen Child. Do drop by, it certainly makes for an interesting read.

7 thoughts on “A Thank You and A New Cover!”