I’m delighted to be able to share with you today that the new version of The Truth Will Out, the second in the DCI Helen Lavery series, is available now. Isn’t it gorgeous? 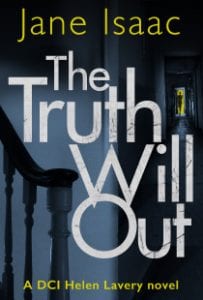 Eva is horrified when she witnesses an attack on her best friend. She calls an ambulance and forces herself to flee Hampton, fearing for her own safety.

DCI Helen Lavery leads the investigation into the murder. With no leads, no further witnesses and no sign of forced entry, the murder enquiry begins. Slowly, the pieces of the puzzle start to come together. But as Helen inches towards solving the case, her past becomes caught up in her present.

Someone is after them both. Someone who will stop at nothing to get what they want. And as the net starts to close around them, can Helen escape her own demons as well as helping Eva to escape hers?

It’s almost five years since this book was originally released and so lovely to see it have a makeover. This follows the release of the new version of the first in the series, An Unfamiliar Murder earlier this year: 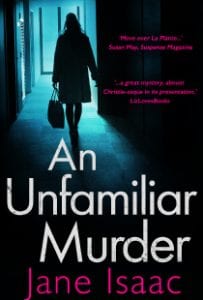 The series has seen a revamp in preparation for the brand spanking new DCI Helen Lavery novel, A Deathly Silence, which will be published by the team at Legend Press on 15th October. I’m so looking forward to sharing Helen’s latest story with you as she faces her most challenging case yet! 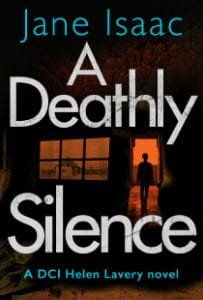 When the mutilated body of a police officer is found in a derelict factory, Hamptonshire force are shocked to the core.

DCI Helen Lavery returns from injury leave and is immediately plunged into an investigation like no other. Is this a random attack or is someone targeting the force? Organised crime groups or a lone killer?

As the net draws in, Helen finds the truth lies closer than she could have imagined, and trusts no one.
But Helen is facing a twisted killer who will stop at nothing to ensure their secrets remain hidden. And time is running out…

A Deathly Silence is available to pre-order in e-book and paperback here.

I hope you like the covers as much as I do! If you haven’t read the series yet and are thinking of giving it a try, here’s a snippet of what readers and reviewers are saying:

‘My kind of book. Jane Isaac writes with real confidence and attention to detail. An enjoyable and authentic British police procedural.’ Mari Hannah

‘If you like Agatha Christie, Patricia Cornwall and Gillian Flynn, you’ll love The Truth Will Out.’ Mari Ellis Dunning

“… beautifully and confidently written and impossible to put down once you start.” Christine, NorthernCrimeReviews

“Move over La Plante. We have a new DCI on the case.” Susan May, Suspense Magazine

“It’s a true “keep them guessing until the end” great mystery thriller that I think even Hitchcock would have liked.” Joanna Lee Doster, Author of Maximum Speed, Pushing the Limit

“An Unfamiliar Murder holds a raw narrative power and moves at an indefatigable pace with a satisfying ending. An engaging thriller that falls into the ‘can’t put it down’ bracket.” Umbreen Ali, Fusion Lifestyle Magazine

Thank you for your support, and happy reading!