I’m delighted to welcome A J Cross to the blog today. A J is the author of the Dr Kate Hanson crime series, the third of which, A Little Death, was published on the 30th of January. I met A J at a Crime Writers’ Association lunch recently and she is a thoroughly lovely lady. I’ve downloaded the first in this series and can’t wait to get started! Here she is to spill the beans on her latest release.

CAN YOU DESCRIBE YOUR NEW NOVEL IN ONE SUCCINT BUT SENSUAL SENTENCE?

The fulfilment of one person’s deviant need brings fear and death in its wake.

WHO IS YOUR FAVOURITE CHARACTER AND WHY?

That’s difficult because I love my three main characters with a passion – Kate Hanson, southerner by birth is a forensic psychologist like me. She’s also an academic, independent, spirited, does the best she can as a single mother and she’s got great hair. Joe Corrigan, one of her colleagues in the Unsolved Crime Unit is a witty, good-looking armed response trainer and also American! What’s not to like? My actual experience of creating the three main character has shown me that their colleague in UCU, Detective Sergeant Bernard Watts is probably just about my favourite. A Birmingham-born heavyweight with working class roots, now on the wrong side of fifty who didn’t even see political correctness as it passed by is the one I best understand because we’re from the same city.

WHICH AUTHORS HAVE BEEN YOUR MAIN INSPIRATIONS?

There’s a whole string of them, starting from when I lugged home Sherlock Holmes volumes from the local library at the age of about eight, (strange kid) and went from there to Agatha Christie and, as I discovered them, Ruth Rendell/Barbara Vine, Patricia Highsmith, P.D. James and Tess Gerritsen, also Truman Capote and Joseph Wambaugh because I also love true crime. There’s a strong vein of psychology in many of these. These writers are symbolic of my lifelong fascination with crime in general but I didn’t set out to be a forensic psychologist because of that. Forensic psychology sort of found me.  I’d say that Patricia Cornwell was my first real inspiration, followed by Kathy Reichs, although at the time I didn’t realise I was being inspired. I never wrote a thing prior to 2007 and, worse, never felt the need. But once I started I couldn’t let it alone.

HOW DOES YOUR WRITING PROCESS WORK; CONFUSION AND PAPER FLYING EVERYWHERE OR CALM AND ORDERED?

I’ve gone from confusion to a sort of order through bitter experience.  I wrote the whole of Gone in Seconds prior to approaching an agent because I thought that’s what you had to do and had a great time doing it – without a plan. Plan-less because I knew nothing about writing. Clueless, you might say. You don’t do that twice because bringing coherence to what you’ve written is hard! Now, once I have the idea for a book I have a plan of sorts but the daily writing experience is a little messy: I’m a terrible eavesdropper so I write things down as I hear them or some idea comes into my head and these snippets go onto post-its or shopping receipts. Consequently, I’m perpetually surrounded by cryptic words on little scraps of paper which I word-process then drop into a box file, all of which is then exhumed and sorted into ‘Acts’. Works for me, but by this time my computer and long sweep of desk are gradually submerged in several layers of paper and I can’t find my phone, nor any of the multiple, lurking pens or the most recent cup of coffee and I know I need to get some order back into my writing life. In the hiatus between letting go of A Little Death and starting the fourth book in the series I took a photograph of my pristine desk then decided that that was a bit weird and sad so I deleted it!

WHAT IS YOUR GUILTY PLEASURE WHEN WRITING (CHOCOLOATE, WINE, COFFEE.. )

Google, definitely. Can’t keep away from it. A name mentioned on the news or come across in a newspaper article or magazine and I write it down (more bits of paper) and google like mad. I know it’s a kind of displacement behaviour, particularly when I can’t get a sentence/scene/chapter to work but it’s more than that. It’s about the love of story which compels me to find out more about these people and what happened to them. I felt the same about Hanson, Corrigan and Watts when I was half-way through Gone in Seconds. I knew I couldn’t abandon them when the book was finished – which is why my books are a series.

Nineteen year old student Elizabeth Williams has been missing for a year.

When found, her remains are so badly decomposed that they yield few clues and no cause of death to guide Hanson and her colleagues in the Unsolved Crime Unit.

As the investigation takes off, witnesses emerge but they’re either unreliable or very reluctant to engage with UCU.

With little solid evidence and no indication as to how Elizabeth died, Hanson knows she must focus on the ‘why’ of her death.

Hanson’s search for the why leads ultimately to a shocking secret and a deviant killer whom she realises will continue to kill unless stopped.

Huge thanks to A J for stopping by! You can buy any of the books in her Kate Hanson series here. 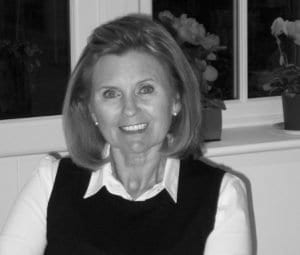 A. J. Cross lives in Birmingham with her husband, a professional jazz musician. Following her first degree in psychology, she completed a Masters in Educational Psychology at the University of Birmingham, followed by a PhD on the impact of the Criminal Justice system on child witnesses. A forensic psychologist, she works as a court-appointed expert witness and has also worked as a consultant for the Probation Service in one of its Sex Offender Units.