I hope you are all keeping well in these challenging times. Today, I’m delighted to share some exciting news about the the new DC Beth Chamberlain (Family Liaison Officer) novel. 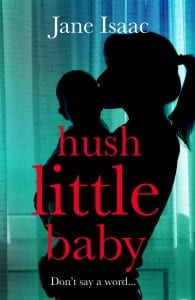 Hush Little Baby will be published on 23rd July in e-book (paperback to follow later) and is available to pre-order now! Here’s the blurb:

Someone stole a baby…

One sunny day in July, someone took three-month-old Alicia Owen from her pram outside a supermarket. Her mother, Marie, was inside. No one saw who took Alicia. And no one could find her.

They silenced her cry…

Fifteen years later, a teenager on a construction site sees a tiny hand in the ground. When the police investigate, they find a baby buried and preserved in concrete. Could it be Alicia?

But the truth will always out.

When Alicia disappeared, the papers accused Marie of detachment and neglect. The Owens never got over the grief of their child’s disappearance and divorced not long after. By reopening the case, DC Beth Chamberlain must reopen old wounds. But the killer may be closer than anyone ever suspected…

Beth fans will be aware that the series was signed to Aria Fiction who re-released the first two titles as The Other Woman and For Better, For Worse (formerly After He’s Gone and Presumed Guilty) earlier this year, which means that the release of book three was slightly delayed. Thank you so much for bearing with me. It gives me great pleasure to finally share this brand spanking new third instalment with you in July – I hope you like the cover as much as I do!

I’m so thrilled with how this series has been received, gaining Amazon bestseller badges in the UK, the US and Australia since its release. Translation rights have also been snapped up too and we will shortly be seeing a German version of The Other Woman. Thank you so much for all your support. I hope you enjoy reading Beth’s next adventure as much as I enjoyed writing it!

Keep safe, everyone, and happy reading.